The US Naval Academy located in Annapolis, Maryland primary mission is to develop midshipmen morally, mentally, physically and to imbue them with the highest ideals of duty, honor, and loyalty in order to graduate leaders who are dedicated to a career of naval service and have potential for future development in mind and character to assume the highest responsibilities of command, citizenship, and government.

Widely regarded as one of the finest undergraduate academic institutions in the world and consistently ranked in the top 20 of America's colleges and universities by Forbes and US News and World Report, the Naval Academy offers a core curriculum of academic and professional courses allowing midshipmen to choose majors in 22 subject areas: seven in engineering, eight in science, mathematics and computer science; and seven in the humanities and social sciences.

Midshipmen study subjects such as leadership, seamanship and navigation tactics, naval engineering, naval weapons, and ethics during the four year program at the Naval Academy.  Bachelor of Science degrees are awarded to midshipmen upon graduation and they receive commissions as ensigns in the U.S. Navy or second lieutenants in the U.S. Marine Corps.

If the student's record is truly outstanding, they can receive an early offer called a Letter of Assurance. This indicates the Academy's intention to offer an appointment provided all of the requirements (physicals, interviews, application, and receipt of nomination) are successfully met.  This letter could be sent as early as September of the student's senior year.   Otherwise, Naval Academy admissions decisions are made on a rolling basis with the majority of offers of admissions communicated by April 15th.


Steps for an appointment to the Naval Academy

1) Prepare yourself to at least meet the minimum qualifications for Naval Academy admissions before submitting your pre-candidate application.  Given due time, you can work to improve your profile with stringent focus on your academic/testing records and the subjective essays and interviews

2) If you meet the basic eligibility requirements for admissions to the Naval Academy per the guidelines in the Academy's website, complete the preliminary application from the web site, http://www.usna.edu after March 1 of your junior year

3) Or apply to the Naval Academy Summer Leadership Seminar by Feb 1 and no later than March 31, only if you are currently a junior in high school.  West Point and the Air Force Academy also have similar summer seminar programs

4) If you are considered qualified, the Naval Academy admissions office will send you a candidate letter with further instructions to begin your official candidate package.  This will be sent no earlier than mid-May of your junior year.  If you are applying to the Naval Academy's summer seminar program, do not complete the preliminary application.

5) Complete your Congressional nominations application in a timely manner
- Seek articulate and distinguishing letters of recommendations describing your integrity and
character
- Write effective, powerful essays demonstrating your character with significant attention on your
abilities to succeed, your commitment and determination.  Make sure you answer the questions.
- Dutifully prepare for your Congressional nominations interview and be prepared to integrate your
achievements with real life scenarios that are relevant to the questions

6) Complete all necessary testing in a timely manner with time for re-takes, if necessary:
- Standardized testing to include the ACT (including the writing section) and/or SAT with writing
- Complete your DoDMERB Physical and promptly address all inquiries and proactively address any
waiverable concerns
- Prepare and successfully complete the Candidate Fitness Assessment

8)  Proactively follow up on the status of your application, especially when there are areas of concerns or improvements

9) Visit the Naval Academy during camps, leadership or orientation programs


Fill out our Contact Form to have our representatives contact you if you have any questions or would like help to optimize your applications and improve your chances for Naval Academy  admissions. 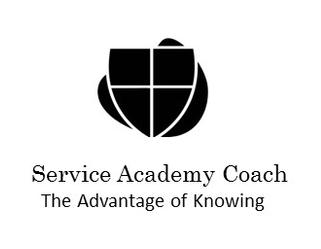 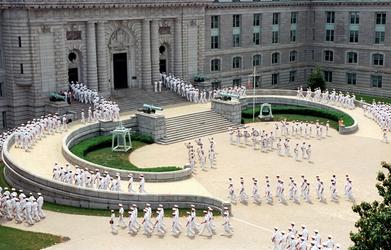 1) The importance of early pre-candidate and candidate file completion for Naval Academy admissions cannot be over emphasized.  Although with lower grade and test scores, the pre-candidate application submittal should be strategically timed to include any positive changes to the student's class rank, GPA, standardized test scores, and extracurricular activities to prevent premature disqualification

3) Seek admissions to the Naval Academy Summer Leadership Seminar where the student will experience midshipmen life, take the CFT, and get a unique perspective not available to all candidates

4) Don't under-estimate the value of Letters of Recommendations as it is given significant weighting.  Obtain the letters early, preferably, summer time when teachers and administrators have time to provide more detailed  and personalized comments

5) Qualified candidates may be offered admissions to the Naval Academy prep school in Newport RI.  Upon successfully completing the Prep School program with a 2.0 QPA (combination of GPA and Fitness Assessments) they will more likely receive an appointment to the Naval Academy.